When God Holds Your Hand

Has God held your hand?

A few weeks ago I woke up and God was holding my hand! 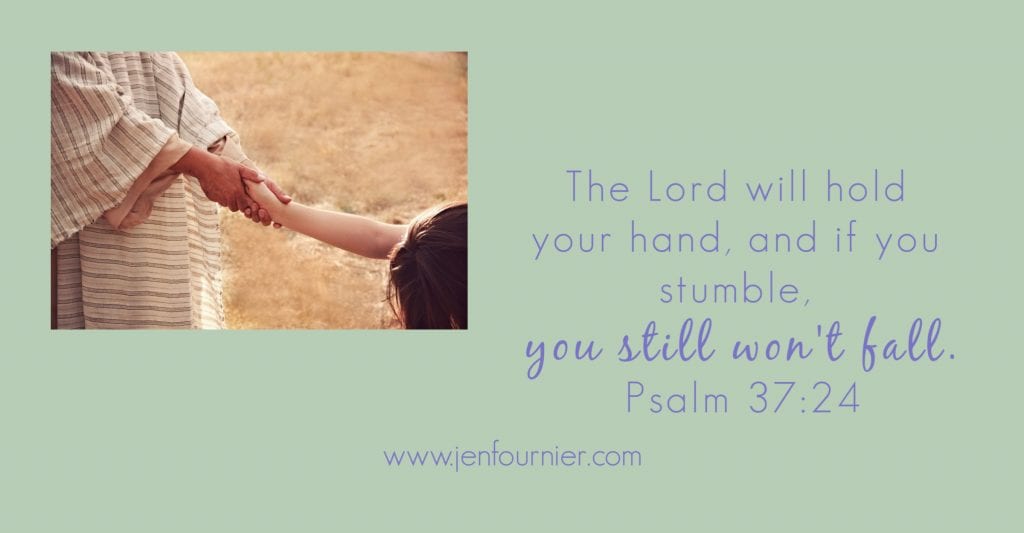 On this particular night, well early morning really, I was struggling with a dream that involved letting go. In the dream, I was faced with having to make the choice to say goodbye to someone and it was difficult.

This is something I’ve been struggling with for a couple of months. I’m confident you know what I’m talking about since we have all had to let go of something and it is often much harder than you would like or imagined it would be. Anyway, this decision has been weighing on me and I ultimately decided to say a prayer of thanksgiving for what was and move into what will be.

It is the right choice but still delivers a punch to the emotional gut. So, it’s no wonder that this was on my mind and something I was dreaming about.

It was still dark outside.

I remember feeling restless and uncomfortable.

My eyes were scrunched up.

The discomfort was palpable.

As my sub-conscious worked through the angst that was brought forward, I felt something start to wake me up.

It was my hand being held.

I was not laying on my side with my hand under me. I didn’t have “pins and needles” from sleeping on it. My arm wasn’t hanging off the bed.

I was comfortable and my hand was resting on my body pillow. There was no stress on my limbs.

I felt the pressure that we all feel when somebody puts their hand in ours.

It was firm, supportive and strong.

No question about it. I wasn’t making it up.

I wrestled with this awareness that was coming forward and even asked, as my eyes were scrunching up even tighter, “God are you holding my hand?”

He answered by increasing the pressure on my hand.

God squeezed my hand and held on to me for a few more minutes until releasing me.

He held my hand.

I have always envied those stories of people who have heard the voice of God or met him in some physical form. To have an encounter, just like the mystics have shared with us throughout the centuries, is something I want to check off my bucket list.

Naturally, I’m aware that I do meet God every day in all kinds of ways; through the kindness of others, prayer, and meditation, watching a sunset.

But what I’m talking about is literally seeing or hearing God himself. Looking into God’s eyes, right in front of me. Can you even imagine? And now here I was, lying in bed holding God’s hand.

While I continued to wake up, I debated on whether to tell Michael what had happened. The debate continued through my shower, breakfast and jumping into the car. We were spending the day with our daughter, who was organizing a 5k for the UMASS Amherst Chapter of For the Kids (a Children’s Miracle Network group on campus). So with nothing but the open road in front of us, I decided to share what happened to me that morning. I began with, “You are going to say I am crazy, but…” and then told the story. Oddly enough, Michael did not think I was crazy. Then I told my friend, Heather, and used the same opener. She too said that I was not crazy. Heather also reminded me that it is always so joyous when God knows we need His reassurance and provides it in a way we will recognize.

Even when we don’t physically feel it, we are being held. God held my hand that morning and since then I have had incredible peace with my decision.

I have also tried to will God to hold my hand again because that sensation settled my soul. However, God doesn’t work like that. He’s not an “on-demand” kinda guy. But we must trust that he is with us. He is holding our hands and as long as our faith remains stronger than our fear, he will not let us fall.

Have you ever had an experience where you knew and felt God was right there with you?

I’d love to hear about it in the comments.

Delivered straight to your inbox.

You have Successfully Subscribed!

Your personal information will be kept safe and never shared.

Holy Week at Home- an experience of music, altar ...

Our Holy Week at Home altar is set up and ready ...

Over 3/4 of the world population has noticeable ...

As a Christian woman who practices in the ...

As I have explored artistic representations of ...

“And the Word became flesh and lived among us, ...

As we follow the North Star, shining brightly over...

Oh how I miss singing in church! My favorite hymns...

I always love reading about the wise men and ...